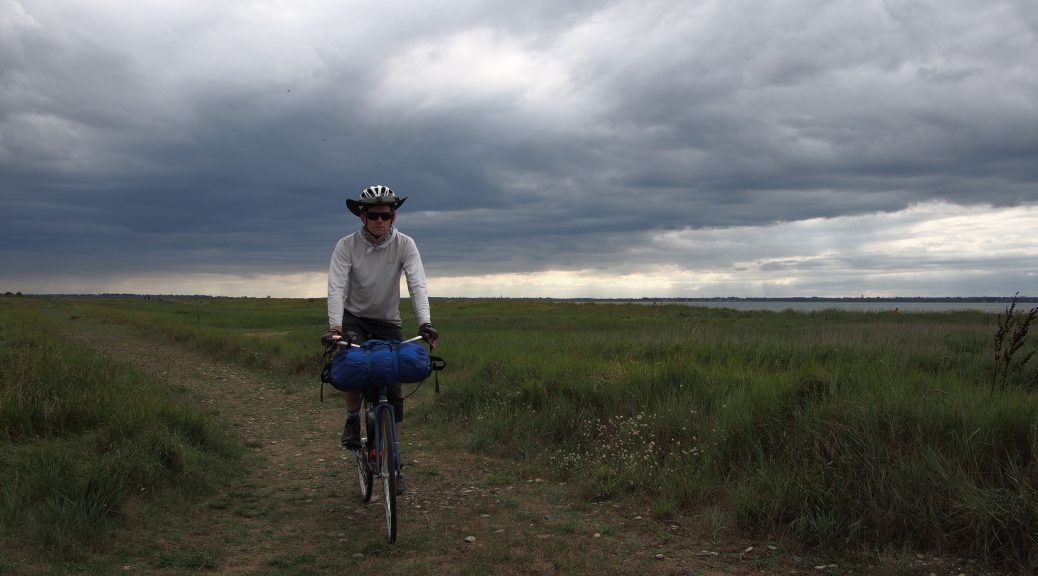 [Note:  this is a long (but entertaining) story. If you’re just here for the pictures, here’s the gallery , or scroll to the bottom]

Preface: April 2017. This trip happened in July and August of 2017, but its story began in April. My wife and I had a one-year old, and had recently decided to have a second child. I could foresee the fun of being a family of four, but I was definitely not looking forward to the first year of having two very young children: lots of diapers to change, and not a lot of leaving the house for adventures.

Around that time Suzanne and I were sitting in our living room after our daughter had gone to bed, each doing our own thing. I was reading something about cycling, and I said aloud “I miss bike touring.”

Suzanne and I had gone on a bike touring honeymoon five years earlier, and we had plans to go touring with our children. A newborn, however, is not amenable to that, since most medical advice is to wait until one year old before subjecting a child to the bumps and vibrations of cycling. So when I said “I miss bike touring” it was with a degree of wistfulness, knowing that would probably be a few more years before I could do so again.