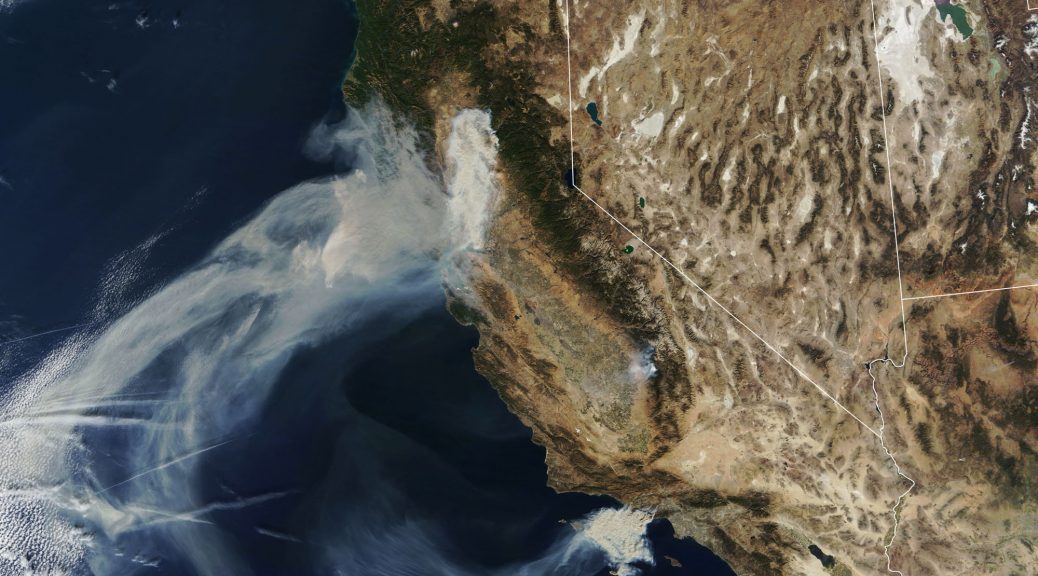 At first it was the smell of burning leaves, a very nostalgic smell for me,  evocative of Indiana in October, back when I was a kid and you could still burn leaf piles. I had never experienced that smell in California before, in eighteen years of living here.  I chalked it up to the weirdness of city living: with so many people, who knows what odd things someone might be doing somewhere.

Half an hour later, the sounds of helicopters made it clear that it wasn’t a renegade neighbor burning a backyard leaf pile. A text from my wife around the same time filled in the remaining details: there was a grass fire about a mile from our house, next to a highway. She seen it while driving to an exercise class and called it in. Soon I was watching online video with the local news channel: ten fire vehicles lined up along the side of the road next to a charred football-field sized patch. The 1991 Oakland fire was a smallish grass fire that was put out and then sprang back to life, a fact that is now deeply ingrained into fire management here. Oakland fire personnel were walking through the surrounding area with hoses, saturating it. Most likely some of them would be there for hours, watching vigilantly for any rekindling.

As the day progressed, the fall-in-Indiana smell turned into a New-Delhi-smog smell. That smell evokes fond memories of India; but also memories of upper respiratory infections on two separate occasions when I passed through Delhi. That acrid smoke was from strong winds had started not just that little Oakland fire, but from the now-infamous Camp Fire. A huge smoke plumes trails off of it, like a long gray scarf of doom blowing across the state and out into the ocean.