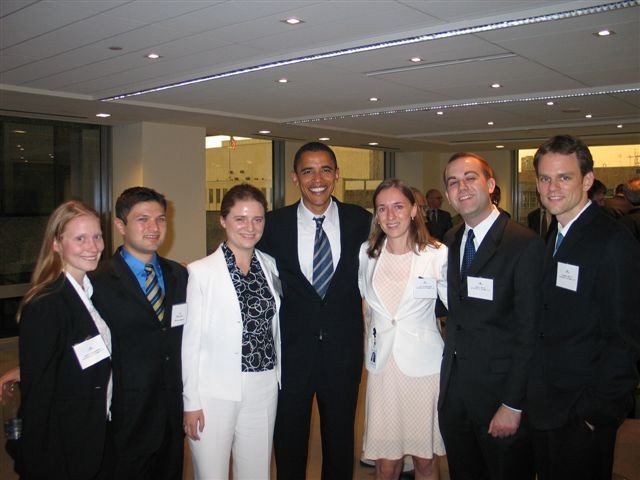 In the summer of 2005, I was a summer associate at the law firm Winston & Strawn in Washington, D.C. There were lots of events for summer associates: dinners, concerts, speakers, that kind of thing. One of them was that a newly-elected senator from Illinois was visiting the office for a happy-hour reception. I really wanted to impress some partner with a memo I was writing, so I showed up late. It was too late to talk to him, but not so late that I missed out on shaking his hand and the photo op.

I’m going to miss this guy. I could have done with fewer drone strikes, I wish Guantanamo was closed, I wish he was less friendly with Wall Street and stayed closer to his activist roots — but at all times in the last eight years I could think that someone was in the White House who was brilliant, understandable, thoughtful, and trying to do more or less the right thing given the constraints and the status of the world. I might have differed with him on tactics, but I felt like we were using the same operative set of facts and values. As my mom always puts it: “I always felt so safe with him in charge.” There may be a president someday whose politics I agree with even more, but I seriously doubt there will be a president in my lifetime who was so stylish, relatable, soulful (I shed a few tears watching that Charleston Amazing Grace, who expects that from a president?) and personally amazing as Barack Hussein Obama.