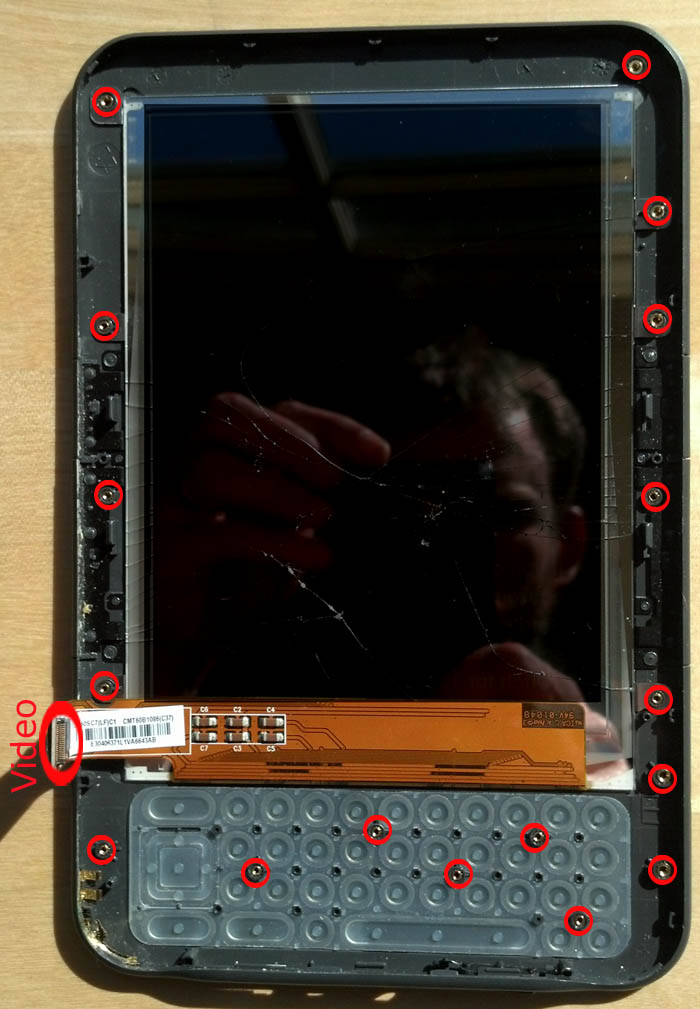 My Kindle 3 started freezing a few minutes after I booting up. This started after I ran the battery down completely; but the battery appeared to charge fine, and swapping batteries did not fix it. Following the advice of this blog post from SiliconFish, I ordered a couple of broken-screen Kindles from ebay ($10 including shipping for the paid).

There are a bunch of screws on the back, some small and dark and others large and silvery. You can’t see it while the motherboard is still in, but only some of them need to be removed. This picture of the screen and front-case assembly (glued together) shows where they are located: