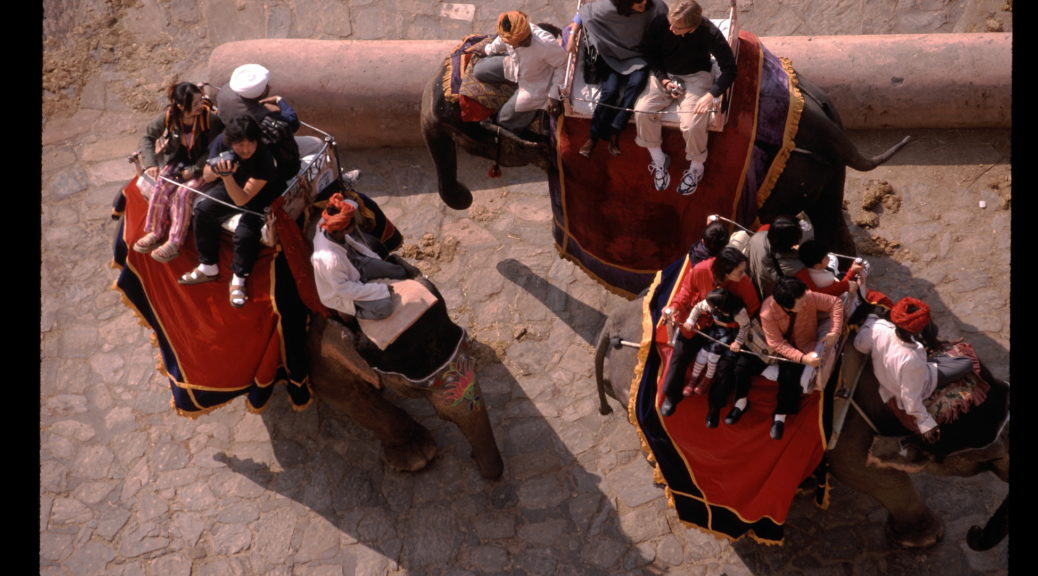 Ed. note: this was originally an answer to the Quora question “Which places are worth all the hype?”

I can’t believe that, with 71 answers as of this writing and half the nation of India on Quora, this isn’t an answer, but:

I know, I know, there’s some answers here for parts of India, but I’m putting down the entire nation. In 2002, when I was 26, I set aside nine months to travel. To decide where to go, I went to a local bookstore and flipped through the pictures in all the Lonely Planet guidebooks. India seemed like the most colorful, the most varied, the most exotic.

So I started in India and stayed for the first four months of that trip. India delivered on its hype. With the exceptions of Delhi (solely on the basis of air pollution, but it has some *serious* air pollution, it’s like chain smoking; I came through a couple of times because it’s a rail hub and got a respiratory infection each time) and Agra/Taj (also air pollution, too many tourists), basically the entire nation was a stupendous storybook travel experience. The railway system is amazing. You can spend a smallish amount of money in one state of India, fall asleep, and wake up in a different place with another language, culture, food, architecture . . . Europe is really the only other place I’m aware of where you can do something like that. Also, since you are probably an English speaker if you are reading this, a lot of people speak English, which makes everything more convenient and interesting. You can’t really go to someplace like, say, Thailand, and just strike up conversations with ordinary people who are not in the tourist industry. In India, often you can (especially in the south).

Rajasthan. I dunno about the Taj. Go if you need to check it off a list. But there’s swarms of people and architecturally it’s, well, stupendous, but there are also at least another five places in Rajasthan that are architecturally stupendous and do not involve swarms of tourists. Jaipur, Jaisalmer, Jodhpur, Osiyan, the havelis everywhere.

A restored haveli in Fatehpur, Rajasthan.

Kerala. Kathakali theater, backwater cruises, spice growing (ever seen nutmeg on a tree? I went on a tour of a small farm that was growing pretty much the entire spice aisle of a grocery store). Tea. So much tea. I stayed in the hill station of Munnar and really enjoyed walking for a whole day surrounded by hills of tea. I’m not a beach guy, but there’s allegedly beaches too. Tamil Nadu also gets praise for similar reasons. I did not spend much time in Tamil Nadu — only went to Ooty, another hill station — but if I ever get to do a trip like this again it would be high on my list. Lots of English speakers in both states.

As a kind of pre-show, the dancers in the Kathakali theater come out on stage and put on their makeup. Fort Cochin, Kerala.

Hampi, Karnataka. The former capital of the Vijayanagara Empire, this place has some amazing ruins (elephant stables made from stone!) and was a great, relaxed riverside town that sort of caters to backpacker tourists.

Ladakh. A completely different culture and geography. You have to take a bus or fly, no train here unfortunately. There’s other answers on Ladakh specifically, but the Himalayas make you feel small like nothing else. Mountains so iconically mountainous that they don’t seem real. I went in January, which is cold, but no tourists.

The bus from Leh to Likir, Ladakh, after dropping me off in Likir.

Harmandir Sahib (“The Golden Temple”). The prime temple of one of the world’s largest religions. It’s a gorgeous building, a stunning complex, but it’s also an experience: take your shoes off to enter it, then you’re with all these people strolling in orbit around it, and then you line up to walk through the temple itself. And free lunch! (Non-Indians, Google “langar”). I hate to insult the Taj again, but I would *totally* go back to Harmandir Sahib first.

Bodhgaya is the location where Buddha attained enlightenment. I went there during an event, the Kalachakra Initiation, which is a giant Tibetan Buddhist rite that, while perhaps not strictly a festival, sort of feels like one. It’s there occasionally; 2003 when I was there, and apparently there was one in 2012. I don’t know if Bodhgaya would be worth it at an ordinary time (maybe; many interesting Buddhist temples in many styles), but with the Kalachakra happening, it was an unforgettable experience. Between Hinduism, Sikhism, Jains, Buddhists, and Muslims, there’s usually some kind of festival or holiday going on somewhere. So I’m putting this in not necessarily for this event per se, but emblematically of the kind of experience you can probably have in India look for it. Winter festivals in Ladakh fall into this category.

Where else can you stand in an open doorway going 80kph watching the scenery go by? If I had more time I could probably write an entire essay in praise of the India train-riding experience. You meet people, since you all have nowhere to be; you sit in your bunk reading books while time and scenery go by. I suppose that’s like trains everywhere, but here the tickets are cheap and the people and scenery are Indian.

On the Kanyakumari Express, somewhere between Mumbai and Ernakulam.

Ok, I’m going to stop now. But, well, before I do, I want to say Mumbai and Kolkata are also wonderful cities, wandering around either one on foot for a day and watching people was more entertaining than any television show I’ve seen (especially Mumbai). Varanasi is not just a place for funeral pyres, it also is like Indian classical music central with schools and performances all the time.

The point is, there’s so much to India, all packed together, and you only need one visa and one plane ticket to go see it. Just make sure you set aside enough time.